The 70.5-meter long barge will join the fleet of bremenports, the port managing company, during the second half of 2016, according to the company’s statement.

The vessel, that Bremenports says is presumably the first LNG-powered working vessel at a European seaport, will be used to carry silt dredged from the harbour basins in Bremerhaven, Germany to the disposal facility in Bremen-Seehausen.

Cryonorm will supply the LNG marine fuel system consisting of two LNG storage tanks, each of which can hold six cubic metres of LNG and both equipped with tank connection space holding water heated vaporiser and all control valves. Natural gas from this system will feed the gas-diesel-electric propulstion system supplied by Sandfirden and scheduled installation will be in June.

Once in operation, the barge be bunkered at Bremen or Bremerhaven using the truck-to-ship bunkering method. 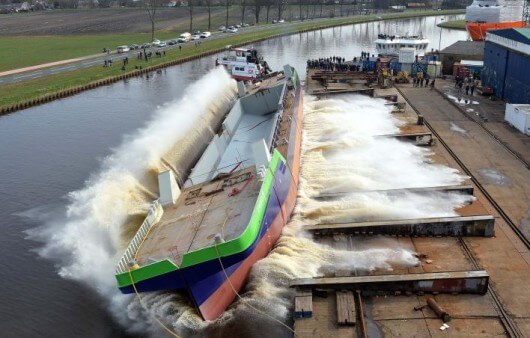