The LNG Filling Station, designed and built by Cryonorm Systems, is used for the LNG fueling of inland waterway barges and trucks.

By opening the station Rotra is stimulating sustainable mobilization of the multimodal transport chain with the use of LNG as an alternative and clean fuel. This innovation is supported by the European Union with funding from the TEN-T Program.

Rotra is currently having a numberof LNG Fueled trucks which are all fueled every day at the new LNG station. This year Rotra expects to drive more than 1.000.000 kilometers on LNG. The new LNG filling station is installed next to the new Rotra container terminal in Doesburg in The Netherlands. The construction of the terminal is in its last phase and will be officially opened in April 2016. During that ceremony also the LNG filling station will be officially opened. 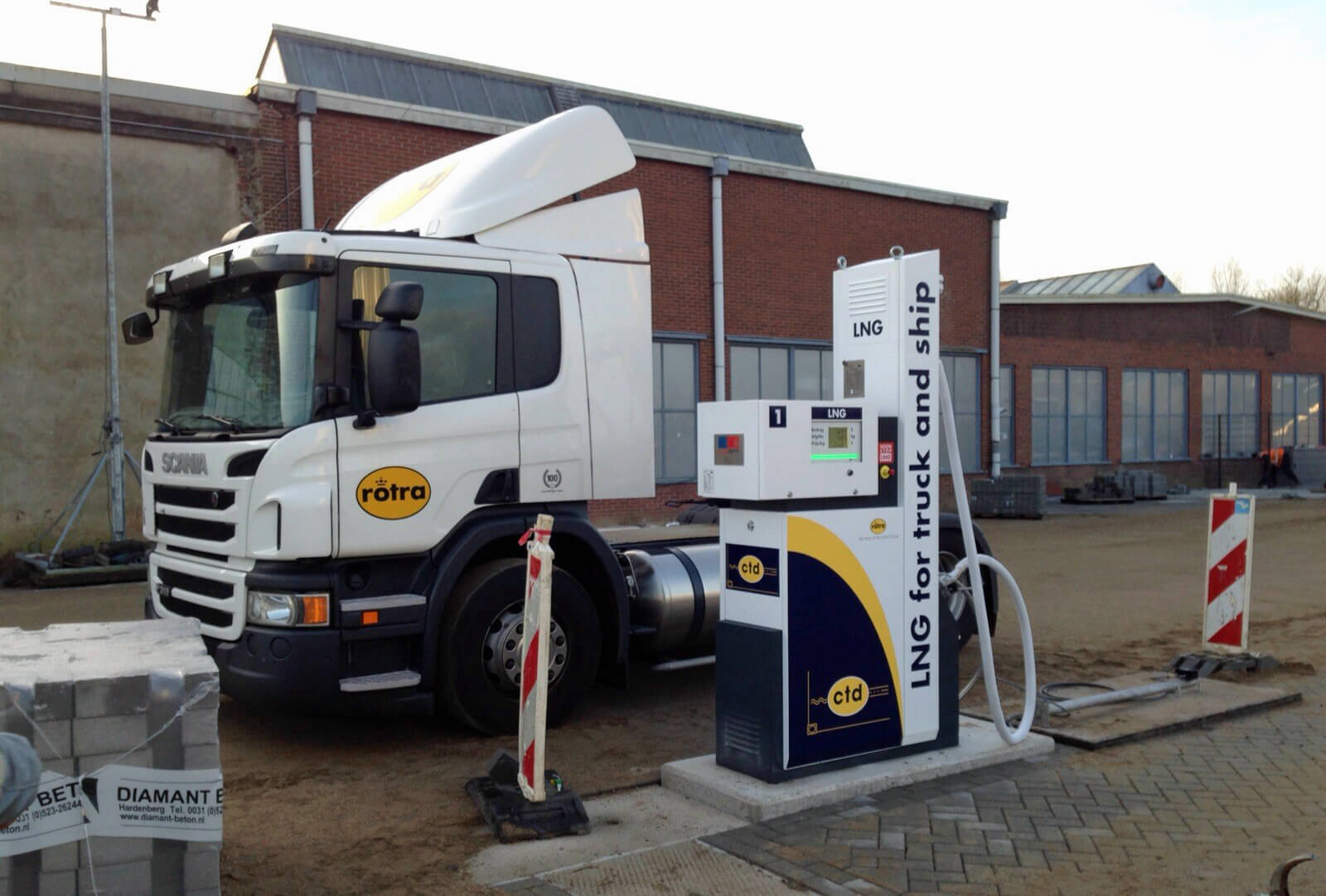